An American girl gets married in Laos

Never in my wildest dreams, would I picture myself having a wedding ceremony in Laos!  However, thanks to my husband’s family and the chance to visit Laos, we had the chance to have a traditional Lao wedding when we visited in April. We got married in Jamaica in December, so we actually had 2 wedding ceremonies outside the U.S. Although I don’t think it would count as a legal marriage, it was a nice ceremony to celebrate with my husband’s family.  I really had no idea what to expect when Tip told me his family wanted to throw us a wedding. It was absolutely amazing to be apart of! 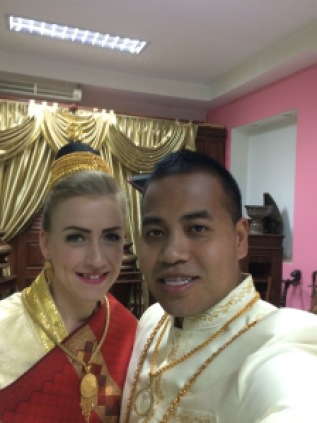 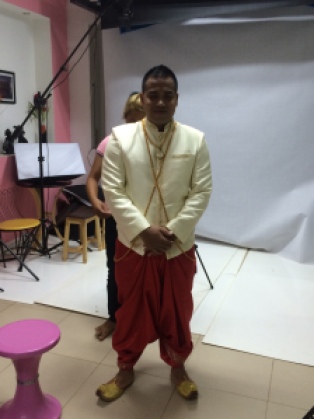 The day before the ceremony, we got dressed up and got our pictures taken. Lao women dress up in silk skirts called “Sinh”, blouses, and scarves. The hair is pulled back into a high, tight bun, and there are lots of gold accessories added. Lao men wear “Salong”, which are big puffy pants, which reminded me of the pants Aladdin would wear. It took about an hour to get my hair, makeup, and all the clothes on. I didn’t think I would have even recognized myself! 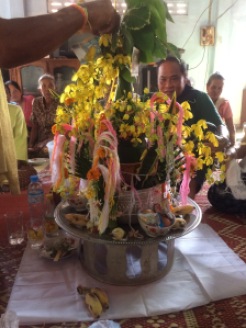 The next day, we had the Lao wedding, or “kiin-dong.” We started early in the morning, as it was already about 90 degrees by 9am. A small baci (ceremony) was held in the house, with everyone sitting on the floor. Usually it is held in the brides house, but since we didn’t live there, we were at Tip’s grandmothers. There were probably about 50 family and friends that were in the house during the baci. An important part of the baci is the Phakhuane, a handmade marigold pyramid, which is a key centerpiece at every baci. The Phakhuane sits in the middle of the room, and everyone sits around it. 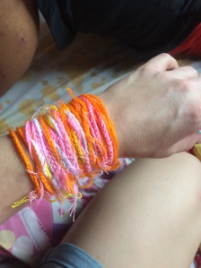 The Phone Khuane is an elder in the community that knows the traditional Lao rituals, and leads the ceremony. He begins to chant good wishes for the couple, and everyone else repeats after him.  The Phone Khuane ties strings around the bride and groom. Everyone else in the room then follows. We ended up with so many strings along our wrists, which are considered blessings for the new couple. The tying of strings represents the tying of the thirty-two spirits to the body putting them back in harmony as well as bringing luck on prosperity. Its believed that if the new couple wants their wishes to come true, they should keep the strings on their wrists for at least 3 days after the baci. Once everyone has tied their strings around us, we all eat and drink for the rest of the day! 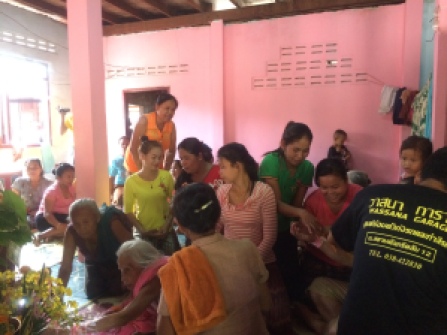 this is just part of Tip’s family 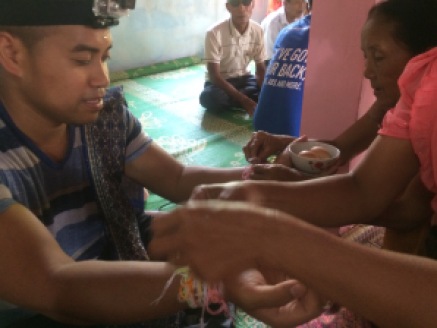 READ  Best Things to do in Dubai for Couples

While I could barely understand many words of the Phone Khuane, or any of the guests were saying as they said their blessings, I kindly responded with “Khawp Jai“, which means thank you, as I held my hands together as if I was praying. To be able to have a traditional Lao wedding was such an amazing experience! To be with my husband’s family, and to be involved in another countries wedding rituals, is so fulfilling. 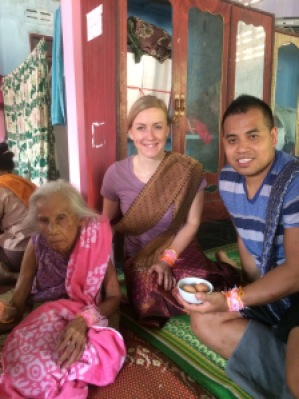 It was so amazing to be not only be able to experience this international wedding, but to be apart of it.

Have you had the chance to experience a wedding outside of your culture?

Want to learn how to travel more?

Like what you're reading and want to find out how you can travel the world more frequently? We'll send the occassional newsletter, with exciting travel updates and free tips and tricks. Check out our privacy policy, if you'd like, and hopefully you'll be learning how to travel more!

Success! Now check your email to confirm your subscription.